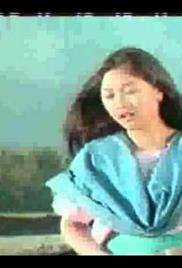 Be the first one to add plot for this title.

The film is an explicit statement of a moral crisis generated by existential states of contemporary life in Manipur. A peaceful family atmosphere breaks down with the arrest of Tamphajao (Ahanjao) on the pretext of harboring insurgents and his subsequent disappearance. The situation turns turbulent with his two sons Ibohal (Amarjeet), a police officer and Yaima (Sushilkumar), a revolutionary are destined to pose as enemies . When Ibohal lives upto his police duties Yaima is determined to avenge their father's permanent disappearance. Meanwhile, a dilemmatic mother (Roma as Sana) is circumscribed to withstand the agony of seeing her own sons in mortal combat. Enlivened with action oriented sequences and fluent camera movements the film is a competent cinematic testimony to a contemporary social milieu while the flashback of Sana's visionary dialogue hints unending at unheard compalnts of such a nature.

Edit Synopsis | Back to title